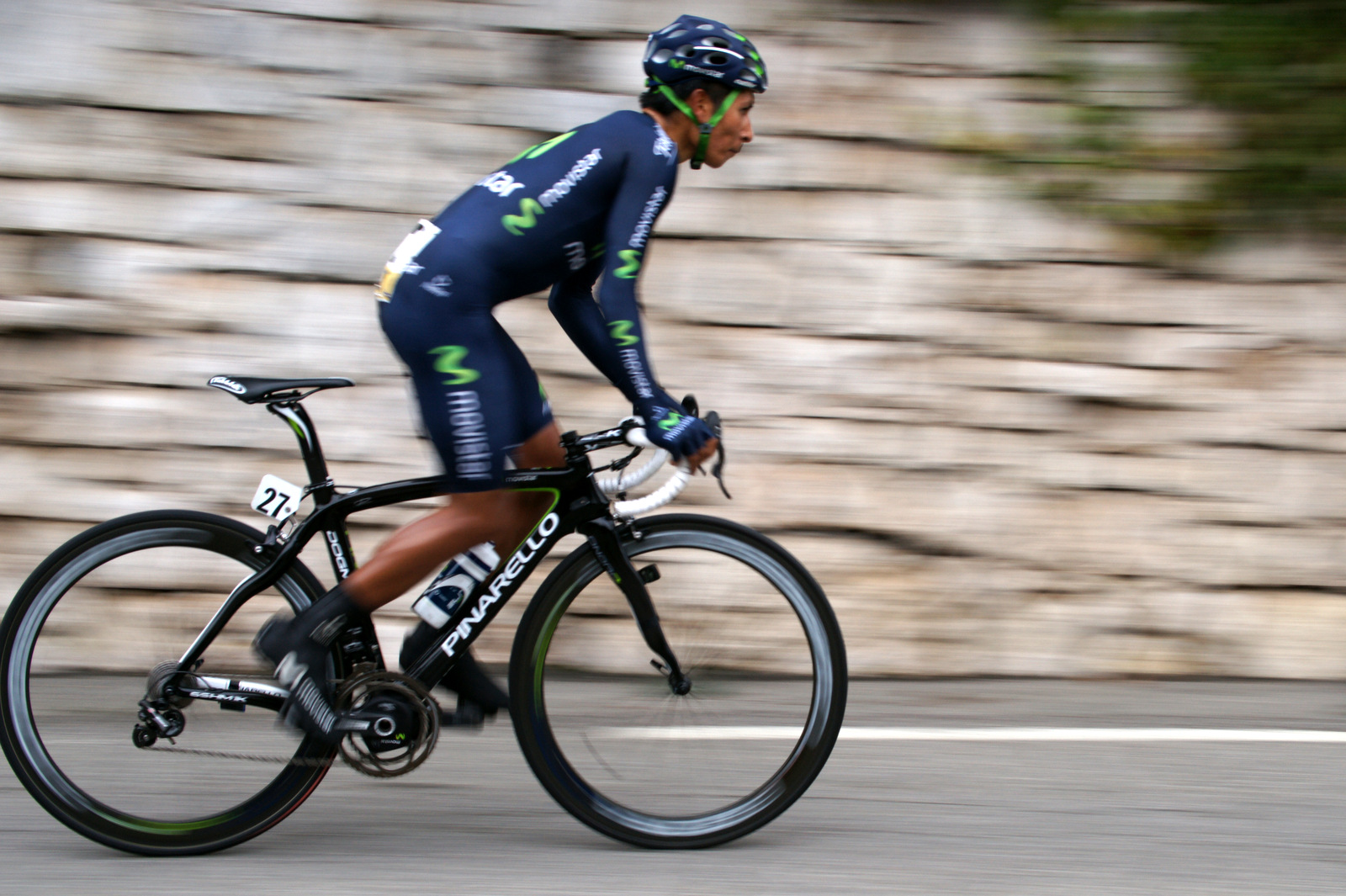 Think of Colombia and you first think of…biking. Right?

Perhaps the sport of cycling doesn’t first come to mind when conjuring up images of this South American nation, but biking is a popular sport in Colombia, and Colombian cyclists have traditionally found success in some of the world’s toughest bike races.

While the 1980s might be considered the best years for the sport in Colombia, ongoing success includes three cycling medals in the 2012 London Olympics and recent strong showing by Colombian cyclist Nairo Quintana (pictured above) in this year’s Tour de France.

Quintana finished in second place overall in the 100th Tour de France, surprising many (except those who had followed his career recently).

He also won two of the four jerseys available for riders in different categories:

Quintana earned the polka-dotted jersey for the “King of the Mountains,” which turns out is scored by a complicated formula of who reaches tops of hills first, who wins the mountainous stages, and final times on different stages with different levels of difficulty.  Leave it to the French.  However, winning the “King of the Mountains” title basically means you thrive on powering up the type of hills that most of us get out and walk on.

Quintana, who is only 23, also won the Best Young Rider classifications, and its white jersey (while this white jersey is slightly less prestigious than the mountain jersey, it is certainly easier on the eyes than the loud red polka-dot design for the King of the Mountains.)

He also won Stage 20 of the race on July 20, which just happened to be Colombian Independence Day.

Not bad for a young man from a tiny pueblo in the central department of Boyacá.

Read what Quintana had to say after his win from the official Tour de France site.

Quintana’s rise to cycling glory fits that cliche of reading like a movie script.  His family was poor and Quintana lived 9 miles from the nearest school.  To help speed the commute, his family saved up $30 to buy Quintana a bicycle, which he rode to and from school every day.

To those not familiar with the geography of Colombia, central Colombia is dominated by the Andes Mountains.  The road to and from school was at an 8% grade.

No wonder Colombians, and Quintana in particular, are known for their prowess on the mountains.

The BBC recently had a good article on Quintana’s homecoming to Colombia and how he is inspiring a new generation of Colombian cyclists.

For an in-depth look at Nairo Quintana, I encourage you to look through this article on the Cycling Inquisition blog.

Ordinary citizens enjoy bicycling as well.  Some like Quintana, use bikes as a faster alternative to walking in the more rural areas.  Giant pedal-powered carts full of hay, machine parts, or bags of rice teeter down rutted streets in every corner of the country.

City dwellers also take advantage of Colombia’s focus on cycling: on Sundays in Bogota, 75 miles of roads in downtown are closed to cars so bicyclists can make their way safely through the city streets.  While usually pedaling past crazed Colombian drivers of cars, trucks, taxis, motorcycles, and horse carts is a good way to shorten one’s life expectancy, the Ciclovía of closed roads once a week provides a healthier way (in more than one way) to make one’s way across the city.

Without the challenge of Bogota’s hills and altitude, coastal Cartagena also periodically closes the main Avenue Santander to cars so residents and tourists alike can ride down the street unscathed.  With the waves of the gray-green Caribbean crashing against the sea wall on one side, couples and families pedal leisurely in the bright morning light.  Tandem bikes pass the beaches where hundreds of Cartageneros lounge in the tan sand or splash around in the water.

Soccer might still hold the spot as Colombia’s favorite sport, and motorcycles might be the way many choose to get around on two wheels, but the country embraces bicycling, whether that it a leisurely commute through town, or its strong tradition of racing up and down mountains.

Learn more about the current state of cycling in Colombia on this blog post aptly named Here Come the Colombians from bicycling.com.

Watch out world.  The fastest thing on two wheels might be right now powering up a muddy hillside in Colombia’s Andes Mountains.

Learn more surprising facts about Colombia here and throughout the site.

One Reply to “King of the Mountains: Bicycling Colombia”