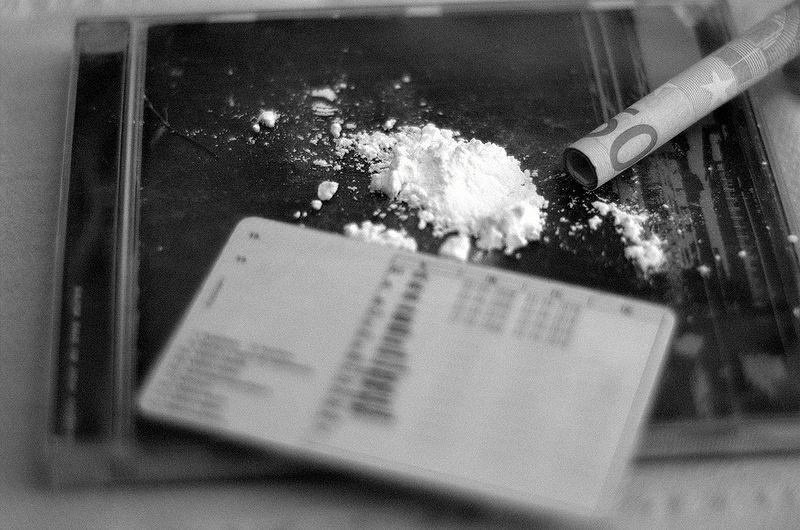 Yesterday, National Public Radio broadcast a story about the drop in cocaine use in the United States in the past few years.   It was entitled “How Americans Said No To Cocaine After Years-Long Addiction,” but as with most stories about cocaine, the reporters of course had to talk about Colombia.

From Blow to Pablo Escobar, cocaine and Colombia seemed forever linked in the minds of U.S. Americans.

It’s not that Colombian cocaine didn’t play a large role in the U.S. drug problem.  But the answer to the question the title of the article posed was not, unfortunately, that U.S. Americans became aware of the harm their drug use was causing Colombia (more on that below).

But there is a reason the U.S. has helped decrease drug production in Colombia.

The controversial Plan Colombia (discussed briefly in the NPR story) might seem to be the answer.  This $8 billion plan was supposed to halt drug production in Colombia as well as fight drug cartels and armed groups (since 2001 this included fighting terrorism).  And in the past five years or so, production and violence have both decreased in Colombia.

However, I don’t think Plan Colombia can claim much credit for the recent success of Colombia on either of these fronts.  (That in itself is a discussion for anther time.  Neither this blog or my book can cover all the discussions on drugs, politics, and violence a look into these issues entails. Besides, most books about Colombia seem to just focus on the drugs and violence, anyhow.)

But there is a big role ordinary people around the world and the U.S. can claim to have helped cut coca production in Colombia and other Latin American country: cocaine use in the U.S. has halved since 2006.

It is no coincidence that the rise of drug use in the United States in the 1980s led to the rise of production of these drugs in Colombia.  And thus when less people are using, production is scaled back as well.  Economic theory in action.  (It is a little chicken or egg, I grant you; again a discussion for anther book.)

I remember back to the days of high school health class and sitting in a tiny desk while a D.A.R.E. officer talks about the dangers drugs pose to your body and brain.  That’s all well and good, but if someone chooses to destroy their own lungs or fry their own brain, that seems like their own decision. The problem, of course, is that drug use certainly doesn’t just affect the person using: families, friends, and families thousands of miles away in a place like Colombia are affected as well.

Not buying and using Latin American cocaine, heroin, marijuana, and other drugs are one way the U.S. and each of us individually can help cut production and the violence it brings to communities in Colombia, Mexico, Ecuador, and around the world.  Knowing the violence drug production and sales create should be in some anti-drug commercials as well if we’re talking about the negative effects of illegal drugs.

All that being said (as I get down off my soap box), I hope as use of cocaine decreases, that cocaine is not the first thing U.S. Americans think of when they hear Colombia.

Fighting that stereotype is one reason I blog on Colombia and why I wrote the book about the Colombia I know and experienced in the first place.

The misleading title aside, NPR’s story is a good look at cocaine use in the U.S. over the past 30 years, and the role Colombia has played in that.

Read or listen to the story from NPR here.  (The written article is not as thorough and does not give the perspective as the audio story so spend the 11 minutes listening if you can.)