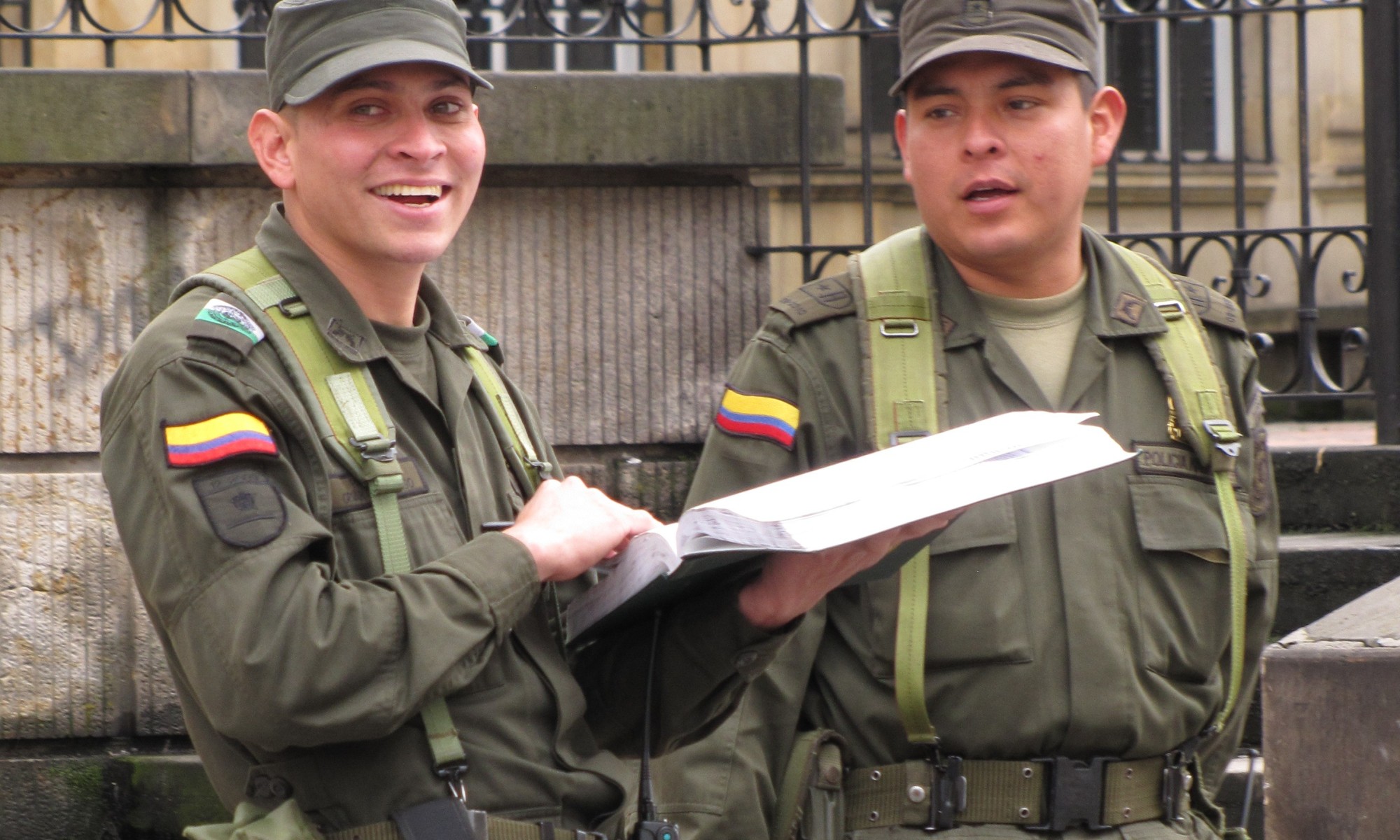 “Where were you traveling?”

The U.S. immigration official in the Atlanta Airport didn’t even look up as he nonchalantly flipped through my passport and asked the question in the bored yet professional manner I was used to at border crossings.

“Peru and Colombia,” I responded. shifting my backpack full of dirty clothes and souvenirs from my month-long travels to Peru and back to my old haunts in Colombia.

The official’s head snapped up and he gave me a more appraising look.

“Colombia?” He stared for a moment, yet his next question was not about where I went or if I would agree to a drug search.  The man’s tone had shifted and his question relayed more personal interest than job-related need-to-know. “You went by yourself?”

“Yes,” I replied, “I am traveling alone.” Why is this the question young women always seem to get?

The official continued to eye me carefully. “Have you been there before?” His questions was clearly more conversational now and he asked another before I could answer, interrupting my nod. “What do you do?”

At this point I was amused by his interest (I couldn’t have been his first solo female traveler coming back from a vacation in Colombia, could I?) and wanted to respond with something like “guerrilla” or “drug dealer,” but decided against getting locked up by airport security. Saying “writer” isn’t something I am used to yet nor is it my full time job, so I answered truthfully: “I’m a park ranger.”

The official leaned back in his chair again, visibly more relaxed. “Okay, so you’re used to that sort of thing.” He stamped my passport and held it out to me. “Welcome back.”

Wait, what? It was only okay that I vacationed in Colombia because I am a park ranger?

First, let me be clear. My job as a park ranger does not involve carrying a gun, surviving for weeks in the wilderness with only a box of matches, or wrestling grizzly bears. The job is more along the lines of visiting classrooms, explaining millions of years of geologic history, and trying to get visitors not to feed the squirrels.

So no, I don’t think me being a park ranger really has anything to do with my ability to survive two weeks in Colombia. (It was no surprise to me though, that the immigration official reacted so strongly to me traveling in Colombia, and not from traveling the more well-known destination of Peru.)

Yet surprise is still the most common reaction I get from people who don’t know me well and who learn I have spent time in Colombia.

When my response to a benign question about where I learned Spanish is “I lived in Colombia for a year,” the look on peoples’ faces are usually more akin to a response to something like “I lived naked in a cell in a Spanish monastery and studied grammar for a year” or “I ran a cocaine lab in a North Korean prison a year.”

But saying Colombia is dangerous now because of its well-published problems with drug violence and guerrillas in the 1980s and 1990s is like saying you shouldn’t travel to Vietnam because of the Vietnam War, Germany because of the Nazi threat, or Spain because of the Inquisition.  Conversely Iraq used to be a bit of a tourist destination, though now I wouldn’t recommend putting it on your list for a road trip anytime soon.

One of the things that surprised my the most about living there was how distant some of these problems are now for many Colombians (and are very distant for tourists).

Reactions of most people in the U.S. and immigration officials notwithstanding, I am happy to see that the idea that Colombia is a safe destination for living and traveling is starting to spread.

I can’t tell you how many travelers I ran into in Peru and Colombia this past fall who said something along the lines of “I wasn’t planning to go to Colombia–you know, because you always hear all these bad things–but I ran into some travelers in Peru/Bolivia/Ecuador/London who said it was their favorite country in South America. And I am so glad I ended up coming!”

And this isn’t just for the backpacker crowd (or even for the high number of cruise ship tourists). A recent study of all Latin American countries ranked each on how safe it was to do business there: Colombia ranked 9 out of 19. Not bad.

English-language news source Colombia Reports has a great story talking about the study and how Colombia ranked: read it here.

Yes, Colombia has some serious problems it needs to fix (corruption, income disparity, poverty, environmental degradation, drug cultivation, rebel groups…okay it’s a long list) but as I continue to discover and write about, Colombia also has a lot to offer visitors and its own citizens.

I used to believe all the stereotypes since I had nothing to replace them with–but have since learned and experienced a joyful, happy and more nuanced Colombia.

Note to certain U.S. immigration officials: Colombia is not the country you hear about in mainstream media.

And you don’t have to be a park ranger to survive a vacation there.

6 Replies to “Yeah, I Went to Colombia (What’s Your Question Again?)”