Volcanoes have been in the news a lot lately. There is the ongoing eruption of K­īlauea, on the Big Island of Hawaiʻi. Then the news of a decapitated Roman excavated in the ruins of Pompeii, Italy. And then the heart-breaking news out of Guatemala, where the eruption of the Fuego volcano has claimed dozens, maybe over a hundred, of human lives.

There are usually 20 or so eruptions going on in the world at one time, out of the perhaps 1,500 active volcanoes on Earth. So the fact that we seem to be hearing more about volcanoes recently isn’t because there are more eruptions but rather that two of these eruptions are been so destructive with property (Kīlaeua) and lives (Fuego) and maybe got you thinking about volcanoes more than you have usually.

But me? Put the word “volcano” in a title of an article and I’m paying attention, whether it’s hitting the mainstream news or not. I read a lot about volcanic happenings and try to keep up with eruptions happening around the world for a couple of reasons:

(2) I am writing a book about volcanoes, so…research.

(3) I might want to travel to see the eruption, though conversely…

(4) There may be an eruption that makes it impossible or unsafe to travel to a certain area. Tip: don’t try flying through volcanic ash. It’s REALLY bad for airplane engines, and not great for car motors either.

As I continue to travel and work on my book about visiting some of the world’s most interesting and infamous volcanoes, I have mixed feelings on the news I see about eruptions. The loss of homes, ability of volcanoes to kill, and uncertainty many residents face in the southeast corner of the Big Island of Hawaiʻi and in south-central Guatemala is a reminder of how volcanoes affect the lives of so many.

I visited Kilauea exactly a year before this stage of the current eruption and I couldn’t help but be a little jealous of those who got to see this eruption. The volcano moves slowly, and I would have loved seeing the fissures open, lava creeping down an asphalt street, and the lava fountains that are spraying glowing rocks 150 feet into the air. But the eruption also is closing most of Hawaiʻi Volcanoes National Park, and displacing many residents, so I appreciated all the exploring I got to do last year when I got to see glowing and flowing lava with the bonus that it wasn’t destroying homes.

A similar thing happened with my trip to Bali two years ago. A year after I visited volcanoes there, Mount Agung on Bali erupted as well, shutting down airports, and displacing thousands. Is my timing really good or bad? It’s a toss up at this point.

If that trend continues, I need to warn the residents of Central Mexico that a year from now there might be a significant eruption. When I heard Kīlauea erupted this May, I was already on another volcano trip, this time to Puebla and Michoacán, Mexico. (If I had had more time, I would have probably headed down to Guatemala, so who would know how that would have turned out.)

At the beginning of May, I flew down to my neighbor to the south for a quick two week trip. I was impressed by Mexicans and their hospitality and friendly and calm demeanor and surprised at the number of places I found connecting Mexico’s history and culture to their volcanoes. I enjoyed great museums, stunning architecture, and—of course—fantastic food. Quick shout out to my favorite food: a huarache, named for the Spanish word for sandal, which was corn flour dough cooked on a griddle with beans inside, and topped with cheese, meats (I had chorizo), onions, and cilantro.

Volcanically, I spent a few days in the Cholula area, gazing up at the volcanoes of Popocatépetl and Iztaccíhuatl (no, I still can’t spell those without looking–lucky for me, most people call Popocatépetl “Popo.”). For part of the time I was in the region, Popo was emitting steam and a little ash, so I again feel lucky that I got to see an (safe) eruption during my travels.

I also enjoyed spending a few days around Paricutín, which is arguably the youngest volcano on the Earth (at least above the ocean), first erupting in 1943 from where before there existed no volcano at all (it was a cornfield). Some great stories there—yes, that is a teaser, though I will say they involve horses, the best tortillas I’ve ever had in my life, and talking with a 93-year-old former farmer and volcano guide who remembered the eruption.

Back from Mexico, I headed out on a second trip, this time on a road trip from where my family lives in Washington State to Yellowstone National Park, stopping at other volcanic sites along the way, including the Columbia Flood Basalts (I know—exciting sounding. You’ll have to Google it—or wait for the book to come out) and Craters of the Moon National Monument. It was a great trip visiting ranger friends and seeing geysers, mud pots, and cliffs of welded tuff (hardened ash). (If you’re thinking that means Yellowstone might erupt the year after I visit, the good news is that a smaller eruption is much more likely than the famous “super eruption” it has the potential to unleash.)

Are my volcano travels now complete? Not quite yet—there is at least one big trip left I think. But I’m getting there, with recent trips to Alaska, Italy, Indonesia, Hawaiʻi, New Zealand, Mexico, and the Yellowstone area plus older trips to volcanoes in Colombia, Antarctica, and many other places in the American West.

If there is one thing I’ve learned from my volcano travels, it is that there are volcanic landscapes in way more parts of the world than I ever imagined! And that traveling to volcanoes is just a lot of fun—from seeing the life happening on them, to hiking and being immersed in the simply stunning scenery volcanoes offer. I will keep the people of Hawaiʻi and the towns around Fuego, Guatemala in my thoughts and prayers, but I will also keep in mind the more nuanced view of volcanoes I have been gaining these past couple of years. Volcanoes, I now know, are sometimes lethal but not all bad. And that after each new eruption we learn more about volcanoes, and also how we should act if we find ourselves next to an erupting volcano (for example, if there is something that looks like a pyroclastic flow, RUN, don’t take photos).

I don’t have a specific timeline on the book yet, but I am doing quite a bit of researching and writing in between travels and I am definitely making progress—lots of good stories from Mexico and Yellowstone to turn into chapters for the book! 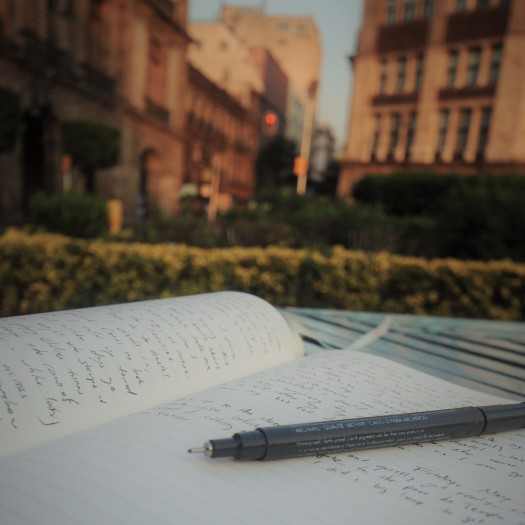 Check back for more updates as the year goes on. Until then, keep a wary eye on volcano news but don’t let active volcanoes scare you off from traveling the world yourself!